Welcome to the infamous “boiler room” – where twentysomething millionaires are made overnight. Here, in the inner sanctum of a fly-by-night brokerage firm, hyper-aggressive young stockjocks peddle to unsuspecting buyers over the phone – and are rewarded with mansions, Ferraris and more luxury toys than they know what to do with. In this unassuming Long Island enclave, Gen Xers chase the green at breakneck speeds, sometimes one step ahead of the law. 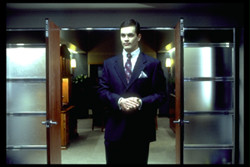 19 year-old college drop-out Seth Davis (Giovanni Ribisi) has just joined the inner circle of the boiler room boys – fired-up young men who get off on the adrenaline rush, the silver-tongued lingo, the ego boost of finagling hard sales for outrageous commissions. Seth wants to earn just two things in life: a million dollars and his perpetually disappointed father´s respect. After failing to do either one by running an illicit casino out of his Queens apartment, Seth has decided to go legit by joining the only brokerage firm that promises him a fast road to the top. 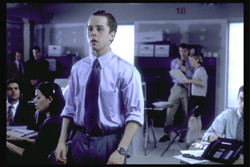 At first the boiler room seems the perfect way to ride the monster economic wave of the ’90s to riches, success and parental approval. Seth sports a suit and tie, work extreme hours and passes the stockbroker exams with record scores. He´s fast on his feet, has a sharp cold-calling style and it seems as if his bank account – and his worth as a good son – are about to rise. 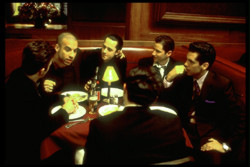 Soon Seth is hanging out with his boiler room buddies including Chris (Vin Diesel), a millionaire broker whose mouth is as fast as his money, and Greg (Nicky Katt), Seth´s arrogant and envious mentor. He even begins to date the firm´s receptionist, Debbie (Nia Long). And like everyone there, he feeds on the greed and fear of unsuspecting investors, selling them stocks they never wanted. 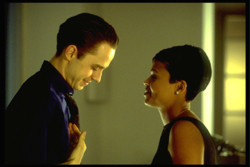 But as Seth watches his colleagues get richer and his customers get poorer, he begins to wonder just what makes the money go round at the Boiler Room. His insatiable curiosity leads to a series of fatal choices and a Federal investigation that brings him to the brink of losing everything – not just his friends, his job and the millions promised him, but his father. The longer Seth stays in the boiler room, the more things begin to heat up. 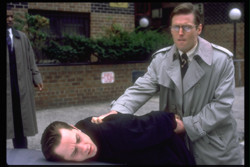 Boiler Room is a riveting expose of one of the biggest and most lucrative scams in American history – and a dramatic look at a generation obsessed with the speed of wealth and success. The film is written and directed by newcomer Ben Younger. The ensemble cast also includes Ben Affleck as the head recruiter, Tom Everett Scott as the investment firm´s boyish leader, Ron Rifkin as Seth´s father, as well as Scott Caan, Jamie Kennedy as the ambitious boiler room boys and Taylor Nichols as a victim of their ambition. Produced by Suzanne and Jennifer Todd, Boiler Room is a Team Todd production for New Line Cinema.

Find out if yoy have what it takes to become a successful trader by visiting daytrading.com. There you can read about honest investments and market speculation. You can also find a list of the most trusted brokers to make sure that you avoid falling victim to a fly-by-night brokerage firm like the one where the boiler room boys works.