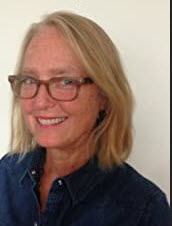 Before entering the film business, Stuhler was a professional tennis player. She toured the country competing in tournaments before enrolling at Smith College as an art major. After several years as a tennis pro, she began studying stage design and scenic art.

Below you can see some examples of her work.